Mere Museum: Click on the image to learn about the current displays at the Mere Museum, located in the Mere Library on Barton Lane. There are lots of photographs, as well as information about its collections, its work with children and the Friends of Mere Museum organisation.

Mere Town: Click on the image to see the details about Mere: the Parish Council, tourism, commerce, education, health and information about all the different organisations in this busy and active town in southwest Wiltshire. 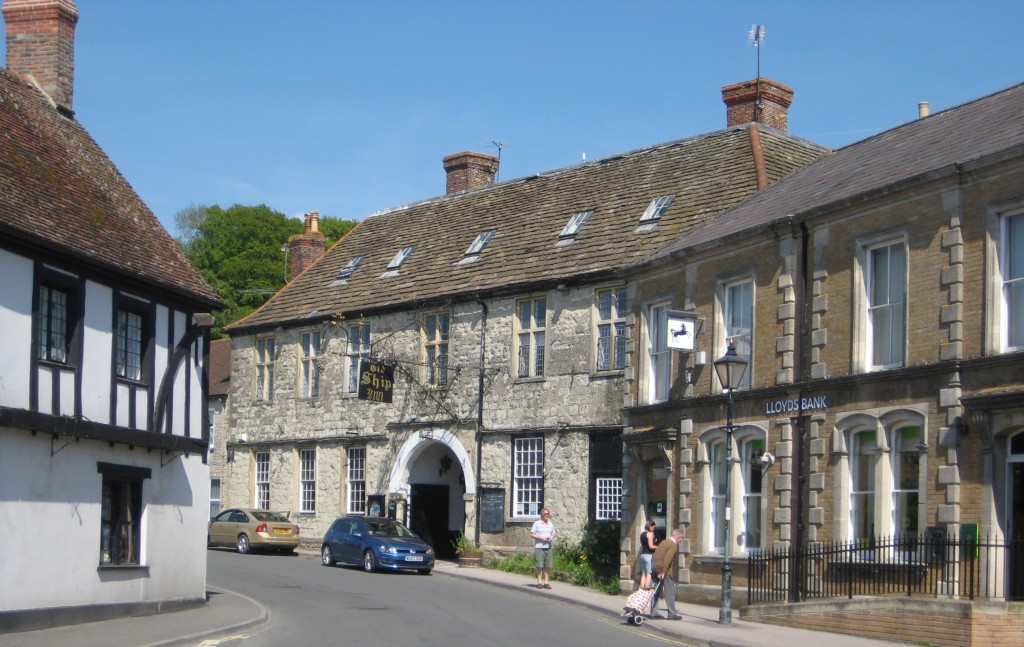 Castle Street, with The 18th-century Ship Hotel, with The George Inn (formerly The Talbot) and the bank