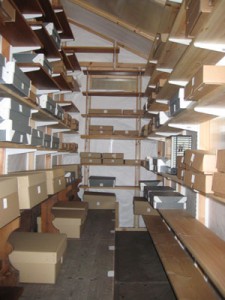 The archive contains more than 15,000 items

We have about 15,000 items in our archive of local history, including:

The archive has evolved over decades and continues to grow, but is only now being brought together to make it available to the general public.

Enter your search terms in the box at the top of this page where it says “Search”.

Items with text that matches your terms will appear as brief summaries. For more detail about an item, click on “Continue reading” and you will see the fuller catalogue entry and a photograph of the item, if one is available.

Here are some tips to help your catalogue search:

People who are interested in any particular document can order a photocopy if this is appropriate, or ask to examine the item in question, which will be made available in the Library/Museum by the archivist.

How the archive started and evolved

Since the late 19th century a succession of enthusiastic and gifted amateur historians have researched, documented and written about the history of this small town in southwest Wiltshire. 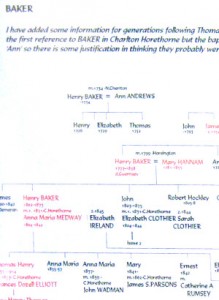 The first of these was T.H. Baker (1833-1914), a farmer on Mere Down, whose tireless investigation of historical and current events, his recording of the life of Mere, his transcription of documents, and his publications in historical and archaeological journals, laid the foundations of what has become a rich archive of local history.  His work was extended first by a group of members of the local Women’s Institute, who in 1955 compiled an impressive scrapbook of  local history which, incidentally, won third prize in a national competition.

This group of historians proceeded to prepare a book about the town, based on the scrapbook,  called ‘The Story of Mere’ which was published in 1958.  The founding of the Historical Society in 1972 gave fresh impetus to the recording of Mere’s story, and a second history, ‘Mere: A Wiltshire Country Town’  appeared in 1975.  Among those who prepared this volume were a number of the earlier historians who continued to help drive the project forward. 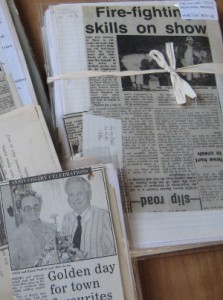 Finally, in 2004, a third volume about the history of Mere was written by Dr David Longbourne (a founder of the Mere Historical Society and curator emeritus of Mere Museum which was, in turn, founded by the Historical Society), called simply ‘The Book of Mere’.

In the meantime Michael Tighe, the Society’s archivist from 1992 until his death in 2010, took up the baton of research and writing about local history, producing 16 booklets on subjects under the series title ‘Mere Papers’.  The subjects of these include studies of Mere’s industries,  its inns, shops and trades, Mere families and historical personalities, and the impact of Enclosure and the Temperance Movement.  Mr Tighe’s research notes and correspondence with other researchers are themselves rich in local historical detail and form part of the archive.

In 2008 the Mere Historical Society took over the management and continuance of the archive.  All the papers and documents were sorted, numbered and placed in archivally safe polythelene pockets and acid-free archive boxes.  Many of the latter were made by members of the society themselves.  An ‘Archive Cabin’ was designed and built by two other members of the Society in the disused gallery of the local United Reformed Church. 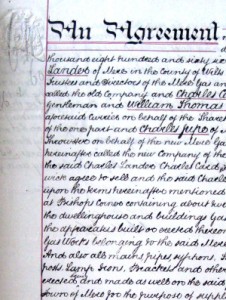 All these initiatives were supported by local grants, from the South West Wiltshire Area Board, the Mere Lecture Hall Trust and Mere Films, as well as from very generous personal donations and the Society’s own reserves.

A first stage of cataloguing the archive was carried out by a free-lance cataloguer.  A grant awarded in March 2014 by South West Wiltshire Area Board has now enabled us to digitise the catalogue and make it available on line. 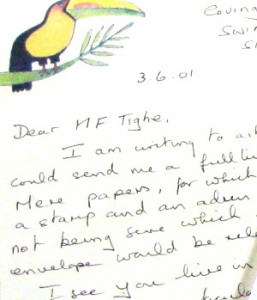 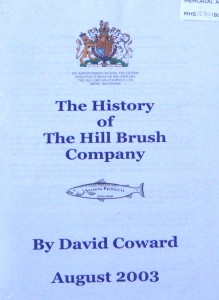